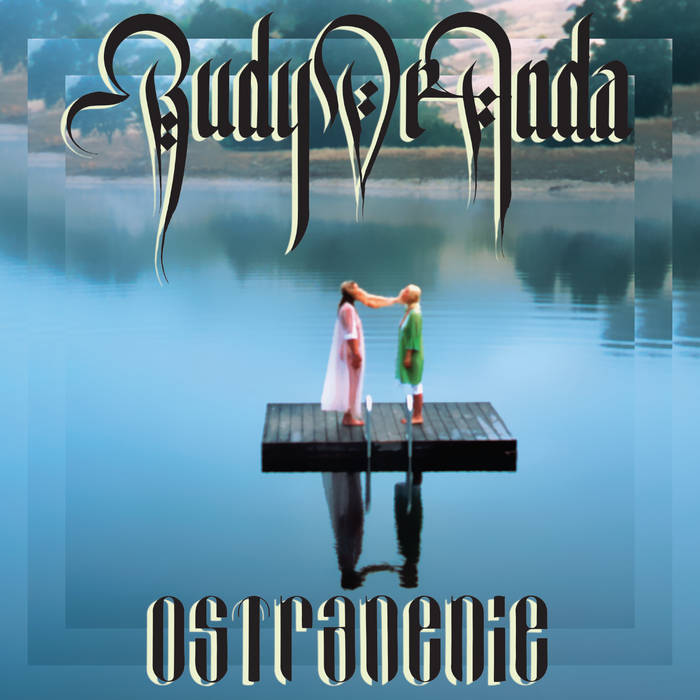 Jeremy / HI54LOFI This is the exact soundtrack my morning coffee in the sun was looking for. Favorite track: Visions of Plumerias.

Rudy De Anda is bursting out of the musical melting pot of the LBC. As frontman for the Long Beach psych-prog group Wild Pack of Canaries, Rudy felt the creative pull to begin a solo project that is currently catching fire up and down the California coast. He has recently been featured on MTV Iggy, in LA Record with a 3-page interview, and on Grimy Goods as a Hot New Artist. With a growing list of new songs, bigger shows booking each week, and an upcoming vinyl, Rudy De Anda is ready to be heard.

In 2013, when his main band was treading on and off hiatus, De Anda started writing his own songs. He was approached by one of his musical mentors Isaiah “Ikey” Owens (Mars Volta, Jack White’s band) to record. Lost in their effortless chemistry, the two friends setup sessions in Ikey’s living room in-between his Nashville trips and his Jack White tour schedule. After 5 songs were arranged, they went to the Compound studio in Long Beach to finish tracking and mixing. After several months, they finished a 12” vinyl EP that will be released on Porch Party Records titled "Ostranenie" - referring to a 20th century concept when an artist presents something common in a new light.

De Anda’s new EP shines a light on the modern spectrum of music rising out of Long Beach. His style is at the forefront of this genre-bending sonic re-definition in the LBC. MTV Iggy highlights these textures in their premiere of the lead single Visions of Plumerias- “The track is a warm, Brian Wilson-esque pop tune that betrays every notion of Long Beach (as the home of rapper extraordinaire Snoop Dogg or the ska lords of Sublime).” With a respect to the greats that have come before, De Anda boldly steps forward as a modern Long Beach voice.

Rudy De Anda has been busy creating a following from Long Beach and L.A., as well as tours down to Mexico and up to Santa Cruz and San Francisco. They have also shared the stage with established acts The Dodos, Bass Drum of Death, El Ten Eleven, Chicano Batman, Chain & The Gang, La Hell Gang, Froth, Colleen Green, Enjoy, and Cutty Flam.

There is a tidal wave of cross cultural inspired music washing inland out of Long Beach. Rudy De Anda is riding the breaking point of this urban-beach sound.

PRESS:
MTV Iggy - Song Premiere "Visions of Plumerias" // "The track is a warm, Brian Wilson-esque pop tune that betrays every notion of Long Beach (as the home of rapper extraordinaire Snoop Dogg or the ska lords of Sublime). Think: drum circles and weed clouds without the yuppies and tourists."

Grimy Goods - Hot New Artist Alert // " Rudy De Anda is spreading those wings and is ready to fly with his solo debut. The past few months De Anda has been getting the cogs turning and hashing out some writing and recordings for an upcoming release on Porch Party Records. Gearing up to deliver his debut five-song EP titled Ostranenie, the EP was also recorded, mixed and mastered with Isaiah “Ikey” Owens (Mars Volta, Jack White’s band) and will be released in late June on both digital and wax."

Rock NYC - Show Review at The Echo // "They were playing a sort of foot-tapping garage pop rock with moody changes, bringing confusion and distortion but staying playful and joyful. However the music was very hard to describe, and the influences probably all over the place, as unconventional as Ariel Pink is eccentric… Not sure why Pink came in my mind at this instant because the music was quite different, but it was bipolar enough, and yes, eclectic." -Rock NYC

Top Acid - Interview // "I was born in Watts but was raised in Long Beach. It's a huge influence because this town has never revolved around scenes or certain genres. It's taught me that I can find beauty in diverse places, that it's ok to explore and try new things, I think that message or lifestyle is conveyed through my music." -Rudy De Anda, talking with Top Acid

OC Register - Ikey Owens Interview // “I enjoy what I do, it’s really good,” he said. “I’m really happy with the people I’ve gotten to work with. A lot of people in Long Beach have a great amount of talent. There is a constant influx of new people to work with and bring in.” -Isaiah "Ikey" Owens, describing recording Rudy's EP

MF DOOM is given his flowers, plus appearances from MC Jada Imani and Stanley Ipkuss