by THE GENTLE HITS 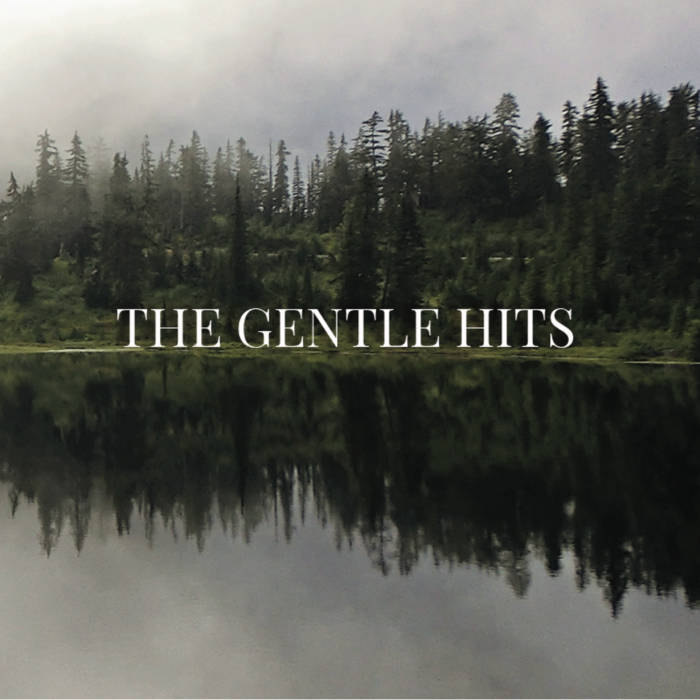 Michael Foxall-Smith I fell in love with DATH 1 year before they broke up. I never got my full fix. Now I am satisfied. No one makes music quite like Ian Metzger - trust me, I've been looking for it for 6 years. Roll on The Gentle Hits!

Mark Kaschak On the whole it feels more like a solo album, which is an unexpected but delicious treat (perhaps it exists much more for Ian Metzger's sake than it does for the rest of the group's). The DATH influence is clearly there, but Ian’s growth as a musician in whatever direction he chose is even clearer in the music. 6 out of 5 shiny freakin' gold stars.

Small Minute Given Up is another favorite. Favorite track: Hospital Bed.

Abe Listened to the whole album four times now. Great song to end the album with. This album is truly motivating. Thank you for your hard work guys. I deeply appreciate you guys sharing this with us. Favorite track: Stop Crawling.

"It basically picks up right where Dear and the Headlights left off, which is a very good thing."
-Brooklyn Vegan

The Gentle Hits are an indie rock-folk band from Phoenix, Arizona that have deep roots in the international music scene. Ian Metzger, lead songwriter and vocalist, alongside drummer Mark Kulvinskas and multi-instrumentalist James Mulhern, all gained a wide-scale following with their critically acclaimed projects Dear and the Headlights and What Laura Says. After taking a bit of a hiatus- followed perhaps by a stint of “Hey you should focus a minute and get your shit together cause your life just fell apart”- Metzger, Mulhern, and Kulvinskas could not help but return to their love of making music.

“The death of our former projects, and the waves of tragedy thereafter in each of our respective personal lives, seemed to only heighten the need for expression,” says Metzger. “We created this band in an effort to keep our sanity”.

In addition to being musicians and songwriters, The Gentle Hits produced and engineered their forthcoming self titled album. They create music un-compromising in its vision and integrity. The result is a 13-song epic that spans the full spectrum musically and emotionally.

The Gentle Hits' previous projects are still having an effect on their fans, while simultaneously connecting with new ones. Even with noteworthy appearances at Lollapalooza, Bonnaroo, and Coachella, desert band Dear and the Headlights gave their fans only a taste of Metzger’s melodic nature and lyrical delivery.

To his fans- Ian Mertzger’s voice is still a part of their daily lives. There are Reddit merch-offs, acoustic cover videos, and millions of plays between the major music streamers. The depth and honesty of Metzger’s words and melodies have stayed with Dear and the Headlights fans for years beyond their first listen. And now, The Gentle Hits is an unapologetic expansion on Metzger’s truth. He dynamically creates a self assured and beautiful sonic landscape, encompassing all the grit and beauty one human life can hold.

“I write songs to get me through this. As it turns out, these songs weren’t just for me.”

"I’ve always made the choice to write songs about my own experience. I often think of what others are experiencing but have no intention of assuming I know how they feel. I prefer to start from the center. If I can express my own life clearly then I know that my experience won’t be too far off from yours. I lost a father, my wife gave me two more daughters, I started a life without references, I worked 40 hours a week in a grocery store. I wrote an album about it. I have three good friends who decided that they wanted to help me make it sound bigger. We really hope this finds you when you need it most."
- Ian Metzger -

"It basically picks up right where Dear and the Headlights left off, which is a very good thing. if you were a fan of that band, you’ll immediately recognize his unmistakable voice."
-Brooklyn Vegan

"After the dismembering of their previous bands followed by waves of tragedy in each of their respective personal lives, The Gentle Hits was formed with the realization that these musicians (Ian Metzger and Mark Kulvinskas of Dear and the Headlights, James Mulhern of What Laura Says) needed to return to their love of making music"
-Paste Magazine

"Take a few minutes to listen to the album track 'Small Minute Given Up.'"
-TeamCoco

"This has the drive and the vibe that I remember really got me going at the height of a Dear and the Headlights live show....there is a strange, wonderful comfort in hearing Metzger's voice coming across the stereo once more."
-Phoenix New Times

"Not an ounce of the emotional clarity and sincerity that Metzger brought to DatH has been lost in this new venture. If anything, it is more profound and vulnerable than ever. The proof is in the latest track.."
-Culture Collide

"Anyone who's been missing Dear and the Headlights since their breakup will have a hell of a lot to celebrate just with this one song."
-Phoenix New Times

"It's easy to forget how fun and danceable rock music can be — this track's swooning excitement is a nice reminder of what can be done with a guitar."
-CLRVYNT

"Ian’s way with words and a melody are as impressive as they were eight, nine years ago."
-Brooklyn Vegan

"He wasn’t hibernating for all those years. In fact, it turns out he was taking his already stellar songwriting capabilities and increasing them tenfold. Listen to the progression of Metzger’s songwriting talents."
-All Things Go

" Ian’s voice is still unmistakable and still totally powerful, and the songwriting is great."
-Brooklyn Vegan

"Indie rock fans across the nation have been bemoaning the demise of Phoenix-based favorites Dear and the Headlights and What Laura Says for quite a while. Now it’s time for those fans to cheer up as The Gentle Hits, featuring members of both defunct groups, bring some familiar voices and names back onto the scene with the release of their self-titled debut album."
-AXS

"The Gentle Hits is an unapologetic expansion on Metzger’s own truth. He and the band dynamically create a self assured and beautiful sonic landscape, encompassing all the grit and beauty one human life can hold."
-Ghetto Blaster Magazine

"Fans across the valley and country rejoiced knowing lyricist, singer, and guitarist of Dear in the Headlights, Ian Metzger, would be returning to music."
-PHX SUX

"Ian Metzger just can’t quit music. After his Phoenix-based band, Dear and the Headlights, broke up, he tried to leave music behind. He moved to Washington, to be near his wife’s parents. Music still haunted him."
-The Entertainer! Magazine

MF DOOM is given his flowers, plus appearances from MC Jada Imani and Stanley Ipkuss