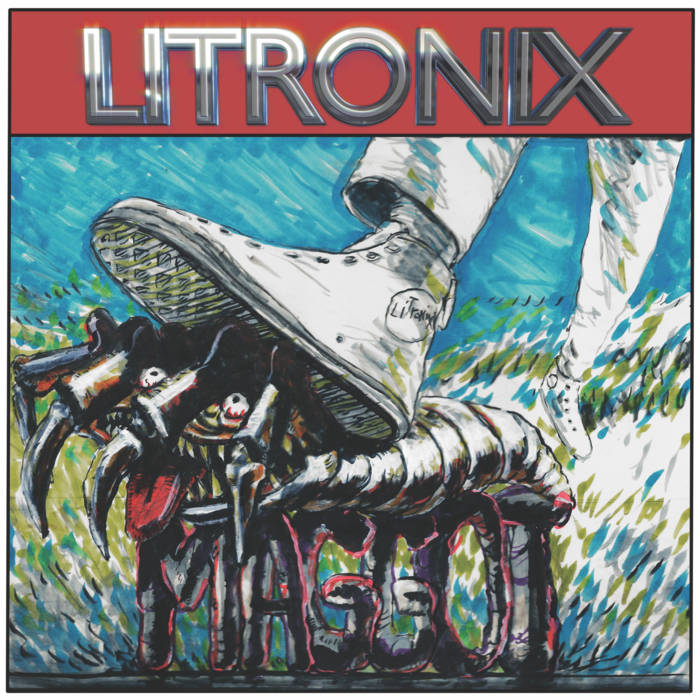 Technologically based off the roots of repetition through high-tech loop pedals, Kevin creates pop structures coloring the songs with dynamic layers of warm analog synthesizers, micro tonally open tuned guitar, bass heavy polyrhythmic electronic beats and soulful vocal melodies on top. The beats are created from either beat boxing, drum machines, or just experimenting with what toys or instruments are around at the time. The vocals are what drive the soul of the sound and command the listener to either think deep or dance hard. Each song has it's own character and is it's own painting with it's own subject. Every subject has a deep meaning or a story to tell.

Litronix is much different than a DJ. When performing live, the beats are sent separately through a PA system while most of the other loops are sent through tube amps. The sound is delivered as if there are multiple band members. And watching Litronix perform live is a spectacle, as Kevin is an experienced true performer / singer / dancer.

In the past, Kevin has been the sole creator of bands such as "Dance Disaster Movement" Released on Steve Aoki's Dimmak Records and 60 Watt Kid. He has shared the stage and toured extensively with acts such as Ariel Pink, Broadcast, The Kills, The Gossip, Peaches, Blood Brothers, Ian MacKaye, Prince Rama, Blok Party, Best Coast, Mum.

“Litronix is Kevin Litrow, the longtime synthesizer visionary…the purest and clearest incarnation of his aesthetic yet. He’s got an upcoming album on Long Beach’s Porch Party Records (produced by Avi of Avi Buffalo) that matches Silver Apples’ synthscapes, Suicide’s pulsebeat and Broadcast’s electro-psychedelia to his own fearlessly expressive confessionals. Think of these as soul songs from an alternate universe—ballads by J.G. Ballard or Alfred Bester, with one man and his machines alone against the void." -LA Record (Chris Ziegler)

"It is a rich and beautiful album of Kevin Litrow's music, stocked, packed and decorated with some of the areas most interesting and talented musicians." Avi Buffalo - Pitchfork